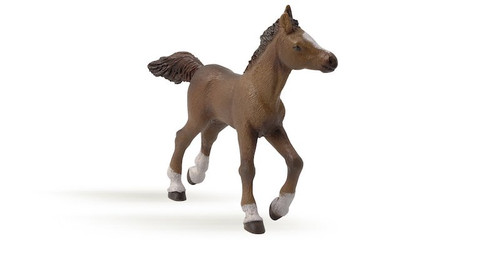 The Anglo-Arab is a breed of saddle horse with warm blood of French origin. This horse comes primarily from the crossing of a purebred with an Arabian horse. The Anglo-Arab is characterized by his looks, his lightness, his address, his courage and his strong personality. The Anglo-Arab is generally said to be a good versatile saddle horse, very athletic since he himself has two races with excellent athletic abilities.